"Knowledge makes a man unfit to be a slave." - Frederick Douglass

The goal of the individual should be liberation from ignorance. Through the pursuit of knowledge, you’ll gain key insight into your limitations, develop your wisdom, and grow beyond the pettiness which plagues the collective.

Knowledge is gained through reading and the consumption of wisdom. Below I offer the books which have made the biggest impact on my life. I also offer relevant links for purchasing and a short summary of the book. Read these books with care and deliberation.

Books are separated into categories based on genre.

Furthermore, I provide the reading lists from thinkers who have influenced me. Lastly, I list my favorite blogs and podcasts.

Books I Am Currently Reading

Consolations From A Stoic by Seneca 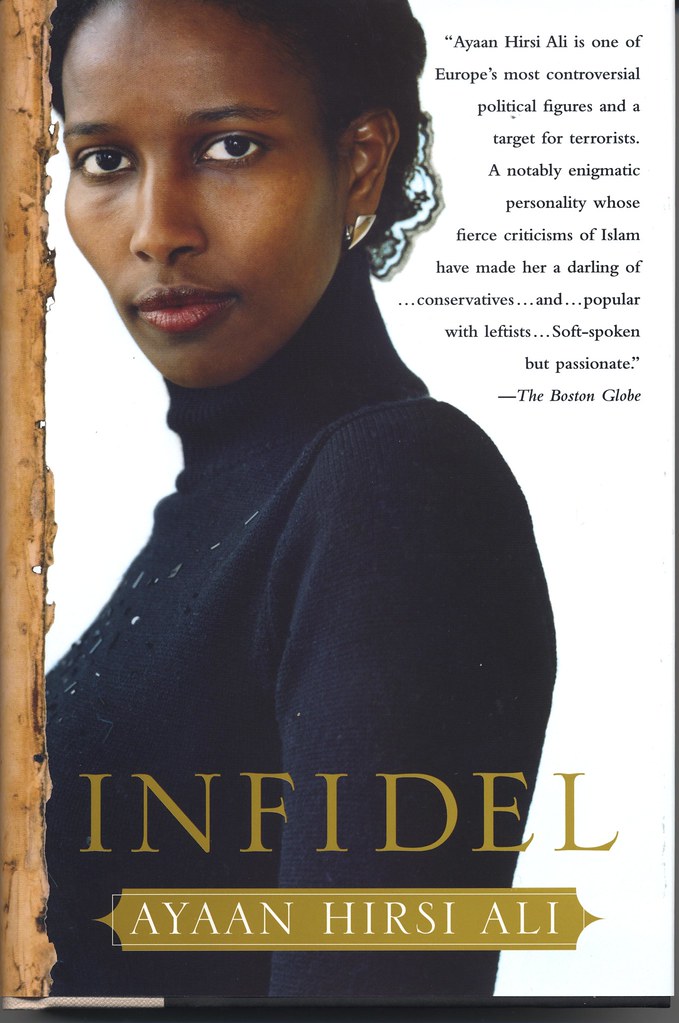 Ayn Rand expertly details what makes good fiction, why fiction should show the world as it ought to be, and how “realistic” and cynical portrayals of life are subpar ways of telling stories.

The 48 Laws Of Powers by Robert Greene

Happiness is cultivated by serving the needs of those you love and care for. Fr. Robert Spitzer, SJ makes the case for why we need to engage productively with our community.

12 Rules for Life by Jordan B. Peterson

Dr. Peterson is popular because he urges the individual to solve problems within her own life before looking outward. 12 Rules of Life will give you the foundational pieces you need to achieve happiness. From keeping your room clean to standing straight, he weaves practical advice with larger ideas such as the failures of communism and the virtues of masculinity.

Atomic Habits covers how to build better habits and eliminate bad ones. Through this book, you’ll improve 1% every day and become the individual you’ve always wanted to be.

The Subtle Art of Not Giving a Fuck by Mark Manson

The Subtle Art provides the tools you need to chill out and focus on the important things in life. Mark Manson covers how to worry about what’s important, how to overcome adversity by rejecting victimhood, and what love and death truly mean.

Master Fear covers the best techniques you can use to overcome your fear and excel in life. Brandon Webb maps out how a five-step process can highjack your brain and use your fear to propel your forward.

Debt is dumb. As an individual, being debt-free will serve you by delivering the monetary resources you need to remain free and pursue your goals. If you need help in defeating any debt you have, Total Money Makeover will walk you through the steps needed to grow wealth and achieve financial security.

Economics In One Lesson by Henry Hazlitt

One annoying aspect of culture is how people pretend economics is unknowable. However, Henry Hazlitt provides precise, simplified details to help the layman understand the principles of economics. Through this book, Hazlitt explores everything from price controls to special interests. Everyone needs to understand economics and this book will help you do it.

The Fountainhead by Ayn Rand

The Fountainhead details the struggles of Howard Roark as he fights a brutish and selfish society. The Fountainhead provides inspiration as well as a thrilling narrative about the dangers of collectivism.

Superman is the greatest superhero and Grant Morrison delivers the evidence. In this story, Superman learns he is dying and spends his final days completing impossible tasks. By the end of this story, you’ll learn about heroism, death, and the value of good people both real and imagined.

Kingdom Come humanizes Superman by making him concerned, flawed, and desperate as he seeks to protect the Earth from murderous heroes. Through this story, you’ll engage with the ideas of retributive justice, traditionalism, and what it means to be a hero.

A Lesson Before Dying by Ernest J. Gaines

This powerful book is about a black community in the 40s. A black man is falsely sent to death row while a teacher is teaches him to read. At the end, the falsely accused and the teacher learn what it means to be a man as they challenge themselves and each other.

Every honest man understands the dangers of the government. In Nineteen Eighty-Four, we see how government and collective interests break the wills of individuals one day at a time.

What I love most about American Gods is the sense of wonder and mystery the world creates. The Old Gods (e.g. Odin) are fighting against the New Gods (e.g. Technology) and everyman Shadow is caught in the middle. It’s a thrilling ride full of twist, clever dialogue, and meaningful commentary on worship, honesty, and loyalty.

To Dance with the White Dog by Terry Kay

What I gained most from reading this book is an appreciation of life and the importance of leaving a meaningful legacy. To Dance with the White Dog is about Sam Peek, an old man dealing with the death of his wife and the steady march of time. The book is sincere, brilliantly written, and touching.

Grant Morrison expertly details the history of superheroes while exploring his own journey as a writer. Through this book, you’ll learn about comics,  laugh at good jokes, and reflect on the meaning of life and heroes.

The Road to Serfdom by F.A. Hayek

Economics is a complex science which is under-appreciated by nearly everyone. In The Road to Serfdom, F.A. Hayek expertly covers the history of socialism and fascism. Furthermore, he discusses how such ideologies give rise to the brutalities of the 20th century as seen in Nazi Germany and Stalin’s Russia.

Frederick Douglass rose from the hells of slavery to become an influential speaker, thinker, and abolitionist. His powerful autobiography details his climb out of slavery and serves as powerful motivation.

Can’t Hurt Me by David Goggins

Dave Goggins’s childhood was hell but he refused to give up. His autobiography is a powerful testament to the strength of the individual to overcome hardships, pain, and suffering.

Things I Learned from Dying by David R. Dow

David Row is a death row lawyer and is responsible for representing people who rarely provoke sympathy. His memoir discusses death as he deals with the death of an inmate, his family dog, and his father-in-law. By the end, David learns more about life, its value, and his own purpose.

Hillbilly Elegy is a hard book to put down because J.D. Vance describes the struggles of the downtrodden with compassion and sternness. This book is excellent for reminding individuals of how to care for the poor while maintaining reasonable standards and expectations.

Drawing on the Right Side of the Brain by Betty Edwards

If you want to learn how to unlock your creative side then Drawing for the Right Side provides the advice and help you need. This book covers how to unlock your brain and tear down mental barriers, so you can become a better artist.

Kim Scott details the habits, behaviors, and attitudes a leader needs to become the best boss for their team. Through meaningful, practical advice, clever writing, and beautiful stories, Kim fully details everything you need to excel in leadership and communication.

Becoming a linchpin is about developing the skills, traits, and abilities needed to be indispensable to your organization. Seth Godin details the ways you can grow in your company,  solidify your position, and thrive in the corporate environment.

Something Other Than God by Jennifer Fulwiler

Jennifer Fulwiler’s fascinating book details her conversion from atheism to Catholicism. Throughout the work, she highlights her intellectual growth, emotional maturity, and growing humility. This is an excellent book if your curious about Catholicism or atheism.

C.S. Lewis is a master apologist because he distills the complexity of Christianity into simple principles and ideals. His work, Mere Christianity, is an excellent introduction to better understanding the Christian religion and tradition.

On Being Catholic by Thomas Howard

On Being Catholic serves as an introduction to the Catholic faith. Curious minds can learn more about the traditions, rituals, and beliefs of Catholics and the Catholic Church in a digestible way.

The Everlasting Man by G.K. Chesterton

G.K. Chesterton was a master apologist and The Everlasting Man serves as the best example why. His book, a rebuttal to H. G. Wells’ The Outline of History, is heavy. However, the messages, words, and ideas are engaging, enriching, and satisfying to the intellectually curious.

The Souls of Black Folk by W.E.B. Du Bois

W.E.B. Du Bois is an intellectual powerhouse and The Souls of Black Folk expertly details the pains and struggles of black people following a generation after the Civil War. This political and historical work gives deeper insight into the struggles of a recently-freed people and their plight to be seen as human in a racist society.

Up from Slavery by Booker T. Washington

What I enjoy most from Booker T.’s momemtum biography is his embrace of personal responsibility. He was a former slave dealing with the post-slave America and he identified personal responsibility the best, long-term solution for individuals during such a difficulty time. Although he and his ideas are controversial, I strongly believe his story and arguments can assist any individual in growing, improving, and excelling.

Michael Marshall presents the logical, scientific, and moral arguments for why spanking doesn’t work. He argues for better, more nuanced and sympathetic approaches to parenting which engage children and foster the best parenting habits.

What are the best ways to prepare for and raise a baby? John Medina’s book is perfect for parents looking to improve their parenting and give their children the best first start. In this book, you’ll learn about TV watching, sleep behaviors, food choices, and much more.

One of my life goals is to be the best husband and father. Through books such as The Whole-Brain Child, I believe I have a shot. This book expertly breaks down the best parenting techniques to help your child grow, develop, and become their best self.

The Book Of Joy by Tenzin Gyatso & Desmond Tutu

This book is a fantastic read about what it means to be happy and joyful. The Dalai Lama and Archbishop have engrossing dialogue about the origins, purpose, and meaning of happiness. A great book for the curious mind seeking interfaith dialogue.

Simple: The Easiest Cookbook in the World by Jean-Francois Mallet

Simple, every recipe has six ingredients or less and fewer steps. The recipe selection is diverse from pistachio and cherry cookies to pork chops, salads, and squid. If you need a new cookbook, you’ll love this one.

The Simple Guide to a Minimalist Life by Leo Babauta

The Simple Guide is a perfect introduction to minimalism. Leo Babauta covers how decluttering your life, shrinking your schedule, and streamlining your thoughts can help you save time, energy, and a whole lot of money.

The Reading Lists of People Who Inspire Me