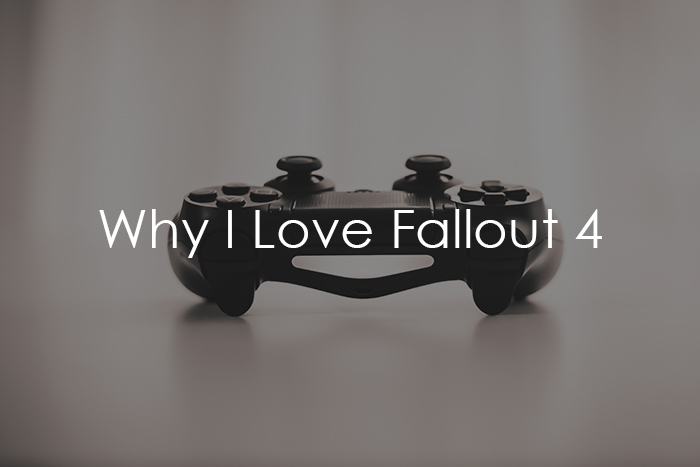 Today, I want to talk about one of my favorite games of all time, Fallout 4. Through this discussion, I will cover what makes good fiction, the importance of hope, and the potential of story-telling.

What I Love About Fiction 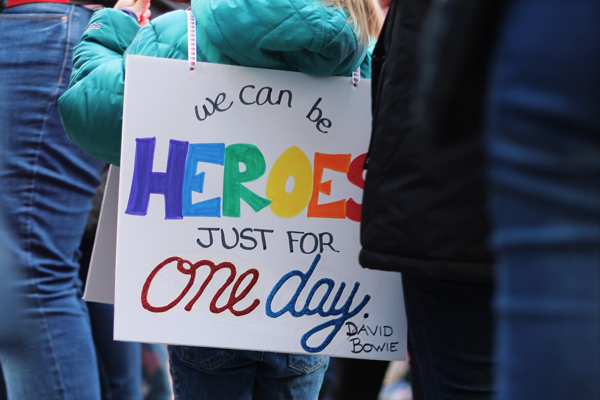 Good fiction inspires us to be heroes.

I’ve always subscribed to the more romanticized version of fiction. Fiction should represent life as it ought to be not as it is. Because fictional universes are under the complete control of individual creators, these universes show the best within us. When people create worlds where everything is bleak, pathetic, and uninspiring, we gain key insight into the mind and behavior of the individual.

I’ve always consumed works where the good guys win. Even if the protagonist loses and suffers greatly, I prefer the stories where good triumphs over the evil. I don’t consume fiction to darken my soul, but to lighten it. Reality is a horrible place where suffering is all but guaranteed even in the safest areas of the world. Therefore, I like to retreat to fiction as a means of renewing my sense of purpose through wonder and creativity.

If I want realistic information, I’ll watch the news. If I want historical accuracy, I’ll read history. However, through fiction, I gain an understanding of the human mind and its capacity to believe in a better world.

The World Of Fallout 4 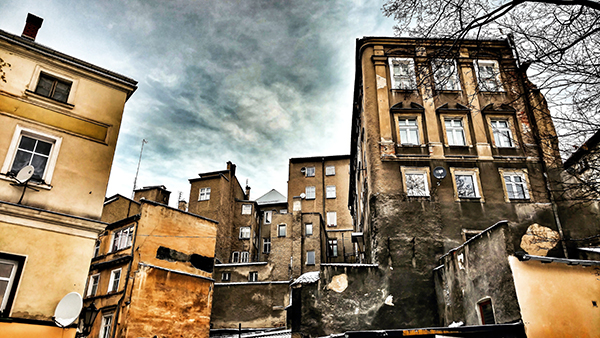 The world of Fallout is depressing, broken, and dangerous.

Fallout 4 is about a post-apocalyptic world where nuclear war has devastated the landscape. You play as the Sole Survivor, the last member of a horrible experiment gone wrong. You travel the murderous environment in search of your son while trying to avoid the many evils and dangers of post-nuclear America.

The setting for Fallout 4 is horrid. There are giant monsters at every turn. Humans prey on humans as raiders attack the innocent and kill the brave. Additionally, there is a clandestine organization that seeks to destroy the surface and a fascist army which aims to dominate the populace.

While the setting of the world is terrible, the player doesn’t have to be. You can choose whether you are a beast preying on the weak or a force for good. And it is within this choice where Fallout 4 shines.

To Save A World 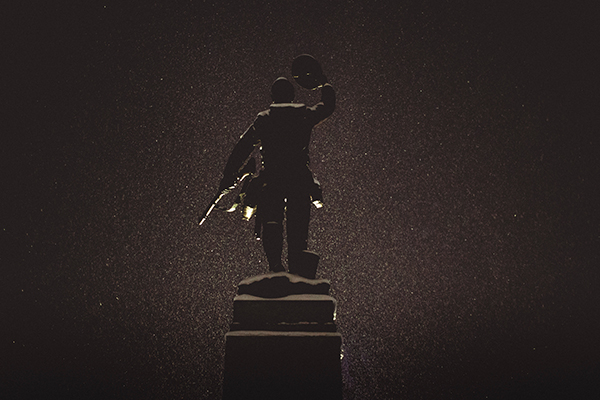 Fallout 4 gives you the chance to be a light in the darkness and to fight back against evil.

While traveling Fallout 4‘s world, you have ample opportunities to help others. There are raiders in need of vanquishing, items in need of retrieving, and critical areas in need of clearing out. Through your adventures, you can build an army, meet allies, and secure land, all in the name of helping others.

It’s engaging to be good even in a fictional, crapshoot world of Fallout 4. There are games where you are forced to make evil decisions or morally ambiguous ones. However, Fallout 4 provides options for handling disputes in productive, positive ways.

As I said before, the world of Fallout 4 is bleak but the story isn’t. Your actions are not forced into a lens of “everything sucks.” You can play a character with hope. A character that expresses your own inner desire to improve the world both real and fictional.

The Minutemen Are The Heroes

The Minutemen are the heroic militia tasked with protecting the Commonwealth.

As you travel the world, you come across the Minutemen, a militia whose sole task is to protect settlers from the violence of Fallout 4’s ˆmain setting, the Commonwealth. They are a flawed group whose petty infighting caused them to fall. However, you can rebuild the Minutemen as a force for good in a broken land.

Once you rebuild this organization, you can take the fight to evil. Your accumulation of power will serve good and ensure people are safe. As stated before, the creators didn’t have to make this an aspect of the game. They could have made the Minutemen “realistic” by ensuring they were unbearable, dull, and morally failing. They gave the Minutemen flaws and imperfections but allowed the group to prove, through your efforts, their dedication to good.

The setting of a story does not have to dictate the course of the story or the actions of the characters. It requires more effort and creativity to explain why anyone would want to do good where evil is so easily rewarded. I thoroughly enjoyed rebuilding the Minutemen and working with them to help improve the world of Fallout 4. The whole task made the game more fun and helped inspire me as I work to improve my own life. 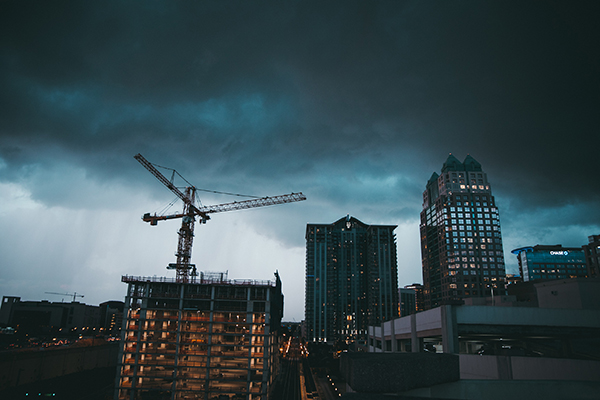 A major aspect of the game involves rebuilding society.

The main goal of the Minutemen is to help rebuild civilization by settling settlements. These settlements need a variety of resources such as food, water, and defense in order to survive. It’s up to you to assist.

Mods can mitigate the more dragging aspects of this mission. However, I love being able to rebuild the world around me. Instead of passing by empty broken house after empty broken building, I can settle new land and rebuild. I have a direct, positive effect on the world and can leave a lasting impact within the game.

If you can rebuild the world in a video game then it may be possible to improve your world in real life. Fiction feeds us the messages we want to believe: if we believe the world is a cruel and violent place, we will consume cruel and violent media. Tell me what a man consumes and I can accurately guess his values. Therefore, if you believe the world is great and can be improved, then consume media that supports your mindset.

Even Evil Has Standards

Evil, crazy, and murderous raiders are a constant threat in the setting of Fallout 4.

Most games present the ability to be evil. However, these evil choices are rather silly in their execution. Should you be good and earn a lot of money? Or be bad and kill everyone? Choices such as these are painfully familiar in video game narratives and lack any real nuance.

However, in Fallout 4 you’re presented with two organizations which have responded to the evils of the post-nuclear world with brutality and deceit. One organization, The Institute, is full of superior technology and wishes to replace the world with a better version even if it disrupts the lives of the innocent. The second organization, The Brotherhood of Steel, wishes to utilize its military to dominate the land and enact martial law as a means of “protecting” the people.

In a dangerous, raider-filled world of brutality and constant death, we can understand the radical mindsets of the Brotherhood and the Institute. Extreme situations require extreme measures.  Their extreme measures are compelling which makes them interesting antagonists.

The Importance of Portraying Evil Correctly 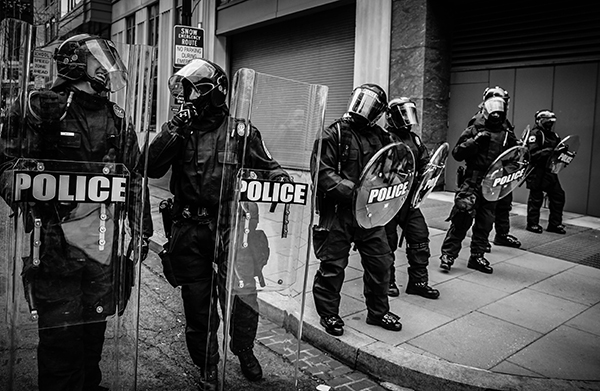 Order, like freedom, is a noble aim. However, order can turn to authoritarian oppression.

Evil is nuanced and tempting. It’s not apparent and in your face. You’ll face evils every day. You’ll face temptations and distractions which seem harmless or justified at the moment. However, the selfishness and brutality of the actions may become apparent only with time.

That’s why it’s awesome that Fallout 4 presents evil not as cackling, mustache-twisting but as compelling and layered. If we wish to contend with evil, we must be willing to fight with ambiguity and have the courage to fail. This is why you can join these factions in the game, so you may discover for yourself the validity of their claims. Do you believe killing innocent people with impressive technology is the best solution to peace? What about a fascist, militarize government which kills those who are different and oppresses the survivors?

When you engage with ideas, you show the world your moral character. In Fallout 4, if you agree with organizations like the Institute or the Brotherhood of Steel, you show others your willingness to utilize brutality for “the greater good.” That’s the genius of Fallout 4. The evil in the game is nuanced, tempting, and in many ways justified. However, a strong individual resists temptation and the call to hurt innocents no matter how desperate the situation.

There Is A Good And There Is An Evil

The Institute is more concerned with perfecting humanity than being humane.

However, what makes Fallout 4 different from most stories is the same thing that makes The Fountainhead so unique. I’ve learned that consumers and critics prefer fiction where the author takes no sides. They want the author to simply be an observer who never pasts judgment or provides clear value systems. The consumer and critic hates the idea of enjoying a more detestable aspect of work and being judged for doing so.

But Fallout 4 presents good and evil. The Minutemen are undoubtedly good, and the Institute and Brotherhood are different shades of evil. The game doesn’t force you to pick one evil over the other; it gives you a clearly good choice and lets you chose good. or settle for evil.

Therefore, the choice is yours. If you chose evil, then you chose it because you support it. You have to justify your choice, and you can’t say, “the game said I had to.” Now you have to defend your decision and reveal your own moral weakness.

This aspect has always elevated the game in my eyes. Fallout 4 isn’t designed to offer the limp “every side has justifications” argument that so many relativists love. There is a good, and there is an evil. Rebuilding civilization is good; genocide is evil. Taking a clear moral stance earns the game admiration in my eyes.

The Importance of Hope 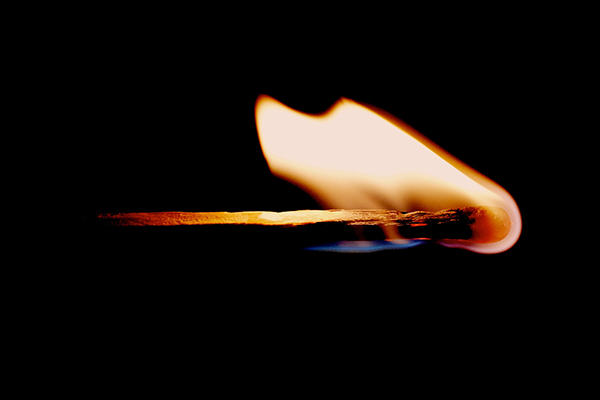 Our trials are numerous. Why consume fiction which robs us of hope and nobility?

The battles we all face are significant and terrifying. When we muster the courage to accept responsibility and march forward, we need help. We need inspiration.

A community is crucial. We need allies who hold us to a standard and help us maintain that standard. Systems and goals are essential. If we do not have a standard by which to live by, we will be lost. Virtue is a necessity. If we cannot live virtuously, then we will do more harm than good.

But we also need hope. We need entertainment. We need to be reminded of what heroes look like. History provides heroes, but many are flawed, troubled men and women who fail to adhere to the high standards of individualism.

Therefore, we need fiction to propel us forward. When we are inspired by heroes, we can take their struggles and use their example to push us onward. If this fictional hero can save the world from the villain, surely we have the courage to ask for a raise? If another hero can overcome grief, surely we can overcome an embarrassing moment?

Consume Better Works To Inspire Yourself To Greatness 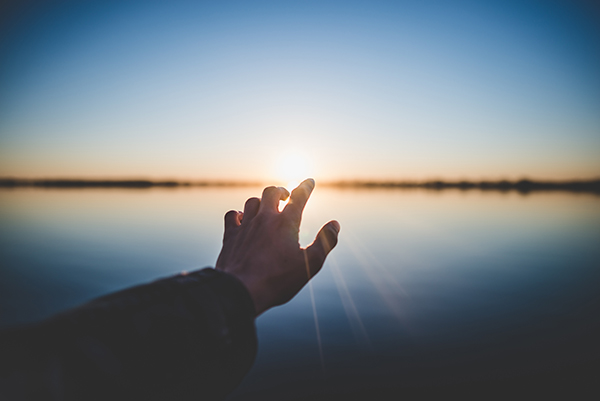 Fiction can help us understand what it would be like to be great and virtuous.

If you want to rebuild civilization and rest your mind from the difficulties of pursuing greatness, then I suggest Fallout 4. It’s a great game and offers hundreds of hours of entertainment.

In the meantime, continue to find and consume works which challenge but uplift you. If you feel lost or uninspired, the fiction you’re consuming could be filling you with dread and nothingness. Seek cleaner waters, and your overall attitude may improve for the better. 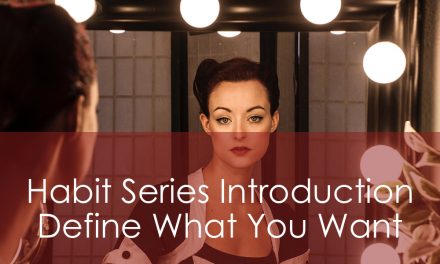 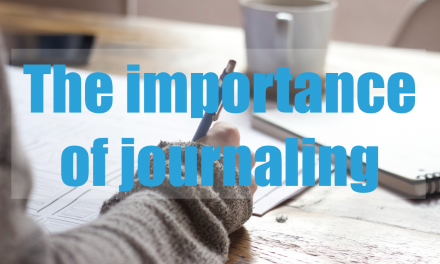 The importance of journaling 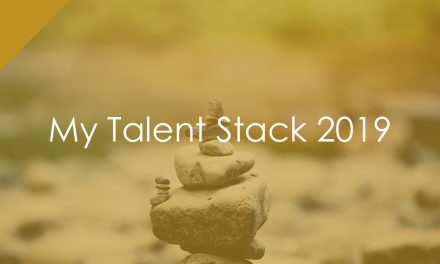 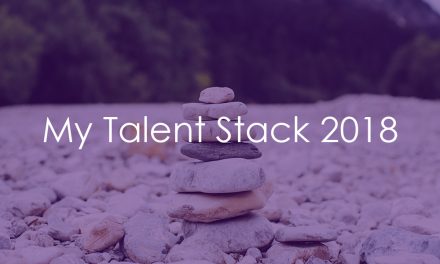